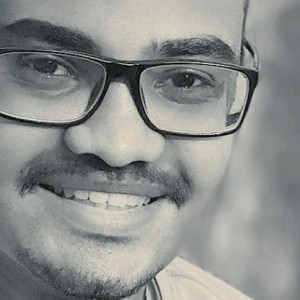 MOHMMD
Dentist ⦿ Interested in Technology, Design, and some other stuff
General / How To's

How To Pick The BEST Phone

What is the best phone out there? A question being asked by many, and today I’ll try to guide you through the process of picking the right phone for you, based on a personal limited experience.

Let’s begin by saying that the question should be rephrased to “What is the most suitable phone” instead of “the best”, because the answer involves many variables and aspects (camera, performance, design, battery life, … etc), which also makes it relative, and what works for someone may not necessarily work for others.

So, let’s all agree that there’s no absolute best phone, because simply, no such a perfect phone, there’s always going to be an aspect where it falls behind (A phone with superior camera experience, but falling behind in performance tests. A phone that has it all, but poor battery life, and so on).

Some people like to have the phone with the best camera, others prefer the speed, and some only just find the name of the brand is more than enough (Yeah, those guys 🍎😀).

So like I mentioned earlier, to be able to pick the most suitable phone for you, you will be considering many aspects, and the most aspects that almost everyone are looking for when picking a phone are Camera, Speed & Performance, Battery, Design, and of course, the Price tag.

So when it comes to deciding which smartphone to get, you’ll be considering these aspects, prioritizing them, and then ranking the options based on that priority. And eventually, you are most likely ending up sacrificing something for the other (Screen size for the camera, performance for battery life, .. etc).

Let’s say for example, that you are on a fixed budget, then you’ll list down all the devices within that range of price (all the way from low-end devices, and up to high-end flagships). And the most thing that you actually care about the most is the camera, so you’ll be cutting this list down to -let’s say- the top 5 best cameras. Now until this point, you’re actually halfway through, and what comes next is up to you, do you prefer a specific brand, or you’d like to go with the bigger screen, and so.

So with all that being said, where can I decide the top in each criterion?

Well, through reviews, and YouTube is definitely the best destination for smartphones reviews and all other kinds of reviews on the internet.

The best channels here are most of the famous reviewers (The ones I follow: MKBHD, Linus Tech, Jonathan Morrison, and many others), and the credible tech news sources (such as The Verge and the rest), plus the other tech-oriented channels.

The long epic debate! Well, none of these two is better than the other, because, in my opinion, both are great operating systems.

For me, I prefer to go with Android, because I just find myself more comfortable when I’m on Android, I want to be free and be able to do whatever I want with my phone, without any limits. And frankly, with iOS, no matter how open it may get, I’m always going to feel restrained.

These two flagships sport one of the best cameras out there, with Pixel ahead slightly. Both give you the ultimate experience to witness Android in it’s purest state.

In this example, I Prefer to go with the OnePlus, despite that its camera falls a little behind the Pixel’s, but the difference is barely noticeable. The reason of why I like the OnePlus over Pixel (aside from the huge 6 gigs RAM!) is actually a tiny thing, If we take a look at most of the Android phones, they don’t actually have physical buttons on the front (except Samsung’s for instance), welp, I’m a physical buttons guy, and that’s where the OnePlus fulfills this need for me.

Back then, I used to be impressed by these features companies add to their devices, but with time, I found out that they are not much more than just a form of marketing strategy, and they don’t really add much to the device.

I fell for the S4 when it came out back in 2013, with air gestures controlling, eye scrolling, and all those gimmicks, wow! jaw dropped!… But only a couple of months later, I realized that what I have in hand is a battery draining heater, with RAM occupied mostly by the system, and turned out I actually never used any of these features for most of the time.

Nowadays, I grow to the fact that the main two aspects need to be considered, and also I believe they’re the most important in any phone, are the Performance & the Camera.

Finally, if you have any questions or follow-ups, feel free to post in the comments section below, and I’m sure you’ll find the answers 😃.